The History and Importance of Sunday School

Wednesday 21 August 2013 marked the first feast of St Habib Girgis—the anniversary of his departure from our world in 1951. He was born in Cairo in 1876. http://www.youtube.com/watch?v=Fwdv6_Rwrxo (A Lecture Presented by His Grace Bishop Suriel Dean of St. Athanasius Coptic Orthodox Theological College on the Occasion of Celebrating Vespers of the Feast of St. Habib Girgis. St. Mary Parish - Kensington, Vic. 20 August, 2013).

Before he became the head of the renowned Theological Seminary in 1918, Habib Girgis felt that preaching and adult education were not sufficient enough for the advancement of the Coptic Orthodox Church. Protestant and Catholic Missionaries have been at work since the mid-nineteenth century, with the aim to radically influence the views of the Copts in order to abandon their long lasting faith in Oriental Orthodoxy. Thus, with many issues at hand, Habib Girgis decided to establish Sunday schools at the turn of the twentieth century as a means of satisfying the need for education. As a result, Coptic Orthodox Sunday schools were founded in major cities in Egypt in the year 1900–15 years before there were even Egyptian public schools.  The Sunday school movement flourished in Egypt after much hard work, and now, Coptic studies thrive in Egypt and abroad.

Habib Girgis saw it, the interest of young children were the true foundations of Sunday schools, and by 1900, Sunday school was the main pillar for the renaissance of Coptic Orthodox Christianity in the twentieth century until present, thanks in part to the hard work of Habib Girgis and other famous modern-day Sunday school teachers in the Coptic Church, like Nazeer Gayed, who later became HH Pope Shenouda III. Habib Girgis worked to restructure Sunday school curricula significantly, as he had striven to do what he did eventually: to improve academic standards.

By the age of sixteen, Nazeer began service in the Sunday School of St. Anthony's Church in Shobra, Cairo, where he also went to school. Nazeer and other servants laboured for several years to establish a strong Sunday school and youth group at St. Anthony's Church in Shobra. His service produced hundreds of devoted servants who began establishing youth groups in neighbouring parishes. At this time he was also editor-in-chief of Sunday School Magazine (A periodical like Al Keraza).

Bishop Shenouda, bishop of religious education, and later when he became HH Pope Shenouda, continued to be very keen on the importance of Sunday school service and its spread abroad to all countries where Coptic churches were established. This also continues to be high on HH Pope Tawadros II’s agenda.

Sunday school service started at St Mary and St Shenouda Church, Coulsdon, Croydon, Greater London, started since the early years. Our church was the second to be established in the UK.

The service covers all school ages starting with the Angels class (nursery) and all the way to University & graduates class. Servants are a mixture of youth and parents and the service is held weekly on Sundays starting with servants’ meeting.

The youth also have a different meeting, The Friday Youth Meetng, on Friday evenings which does not fall under the Sunday school umbrella but complements it. This is organised by the youth for the youth, with an adult supervision for guidance, and the group decide the topics.

Our church has an angel in abouna Ishaq Henein, who guides the congregation and is there to support the service.

It is important for all of us to work together and pray for the head of our service, our Lord Jesus Christ, to guide and flourish the service. Without a strong spiritual Sunday school service we cannot have strong generations of Coptic Orthodox beleivers that keep the true faith inhereted over more than 2000 years from our fathers the apostles. If our children do not understand the orthodox faith, dogmas, traditions and rites, they will not be able to defend it and carry it safely to their children.

St Habib Guirgis had a famous quote “Education is the first need for the community after bread”. He wrote the first curreculum and established a program of social activities, trips and sports to make Sunday school more appealing to young poeple. These are still the same principles.

May God bless his service with the intercession of St Mary, St Shenouda the Archimandrite, St Habib Guirgis and St Kyrillos. 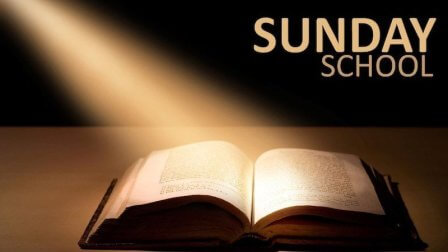 Sunday School at Saint Mary & Saint Shenouda's Coptic Orthodox Church runs every Sunday afternoon at 2:00pm. Classes are split in year groups, all are welcome to attend. For more information please contact us using the contact us link below.