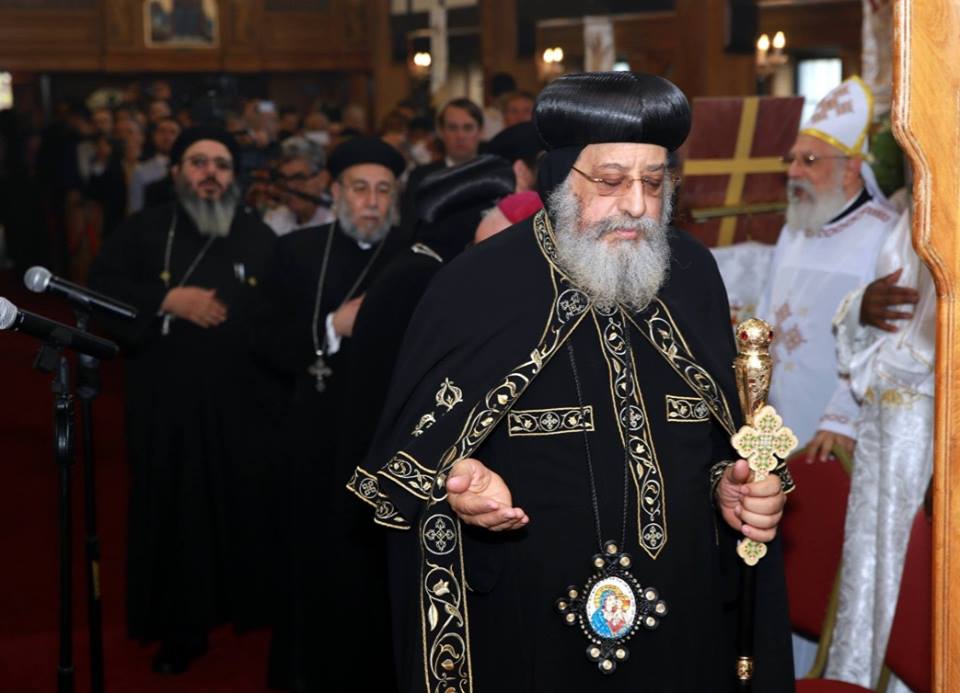 On the 8th of April 2016 the first meeting between a the head of the Egyptian Coptic Orthodox Church and a Saudi King occured. HH Pope Tawadros II met Saudi King Salman Bin Abdul Aziz during his visit to Cairo.

The meeting focused on inter-religion tolerance, the Coptic Church's Media Centre said in a statment. This historic meeting emphasises the growing depth and strength of Egyptian-Saudi relations. HH the Pope emphasised that religion is a relationship between man and God and that all religions call for tolerance and coexistence.

The meeting took place at the king's residence in Cairo, who arrived on Friday to sign a number of economic accords, including the framework for a number of loans signed in March, worth over $20 billion.